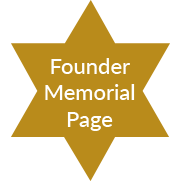 My mum was the bravest woman I knew.  She became pregnant with me in 1958, a time when un married mothers were not the norm as today. And certainly not for a nice Jewish girl from Leeds. She loved my father and I believe he loved her but he wasn’t as brave as her and when she became pregnant, he left.  My mum’s sisters, my aunties, were all shocked and wanted her to have the baby (me) adopted. But, no, Sadie wasn’t having that. She fiercely stuck to her guns and went to live with my uncle Stanley & Aunty Read More...

My mum was the bravest woman I knew.  She became pregnant with me in 1958, a time when un married mothers were not the norm as today. And certainly not for a nice Jewish girl from Leeds. She loved my father and I believe he loved her but he wasn’t as brave as her and when she became pregnant, he left.  My mum’s sisters, my aunties, were all shocked and wanted her to have the baby (me) adopted. But, no, Sadie wasn’t having that. She fiercely stuck to her guns and went to live with my uncle Stanley & Aunty Irene, her only supporters.

Along I came in March 1959. Can you imagine how scared my mum must have been?  She didn’t have a mum of her own to turn to because she’d lost her own mother when she was just 16. She had very little income, no home of her own. She must have been terrified. But somehow, using her inner resource and resilience she coped. Indeed she more that coped.

She was determined to make a home for us. And she did. I look back on pictures of our house, my mum in the kitchen, that she had decorated herself and see the love and determination she poured into making a nest for us. Yes, I did say ‘decorated herself’ because this was my mum. She couldn’t afford to pay for decorators, so she learned how to do it herself. Indeed when I bought my first flat, it was my mum who put up the wallpaper in my living room. She was always incredibly resourceful. If she couldn’t afford the prices at fancy hair salons – and many of you know how obsessive my mum was about her hair – she took herself off to the school of hairdressing at Thomas Danby and let them do her hair as a model. Mum wanted to be hairdresser but there was no money for college when she left school at 14. Instead, she went to work in Burtons where she did the girls hair in the loos at lunchtimes.

My mum was ever the optimist. things would always be better or turn out right.  The glass was always half full. Even in the latter years when she became poorly, she looked ahead to a time when she would be ‘better’. It used to break my heart because I knew she wouldn’t be.

Her early life was not easy – she was born into a very poor family on Tomlinson Street in Leeds in 1923. One of twelve children crammed into a two up two down with the use of a communal loo in the street. If you asked her about it though she just remembered the positive – her ‘adorable mammy’s smile, the games they played like one with Marbles called Alleys and the big black cat they had that jumped up the chimney and was never seen again.

She was always optimistic about me telling me everything would work out if things went wrong. She was optimistic that one day I’d marry…hmmm…When I did meet Ray and it looked well, you know serious, mum said ‘Thank G-d, he’s answered my prayers’ As I said to her ‘Well, mum, I’m 52, you obviously weren’t speaking loudly enough’

Along with her optimism, she was also determinedly independent. She never drove but that didn’t stop her going all over on the bus or train, taking me with her when I was young. She hated the lack of independence in her later years having to rely on carers for help.

She wanted the best life for me. when I was a little girl we always had our weekly treat of going into town, maybe to a matinee at the cinema and then Youngmans for Fish & chips, tea, bread & butter and a chocolate biscuit. We had a holiday every year, always Blackpool, but it was a holiday.

We were a little unit my mum and I, she looked after me then I went out into the world and she carried on with her life. Then she got older and I looked after her.

When I look at pictures of my mum as a young woman, she looks such fun. I would have loved to have known that Sadie in her 20s.

She loved people and being with people. She would always welcome and invite to a dinner, a do, a party, a day out, anything. As many of you know for years my mum was my ‘plus one’ to lots of functions and people always said ‘bring your mum’ because she was good company. There’s lots of photos of her with a glass in her hand, held up in ‘cheers’. It’s hilarious really because she never drank! She’d take the glass of fizz or whatever to be sociable, smile for the camera  and then leave the the drink untouched. So let’s say cheers to a woman who never had riches in her life but who was a woman of substance, and a woman who I’m am very proud to say was MY MUM.

Donate in memory of Sadie Stone

There was an error. Please check your input data.

Designed and Developed by